Carl Sagan predicted life on Venus in 1967. We may be close to proving him right. 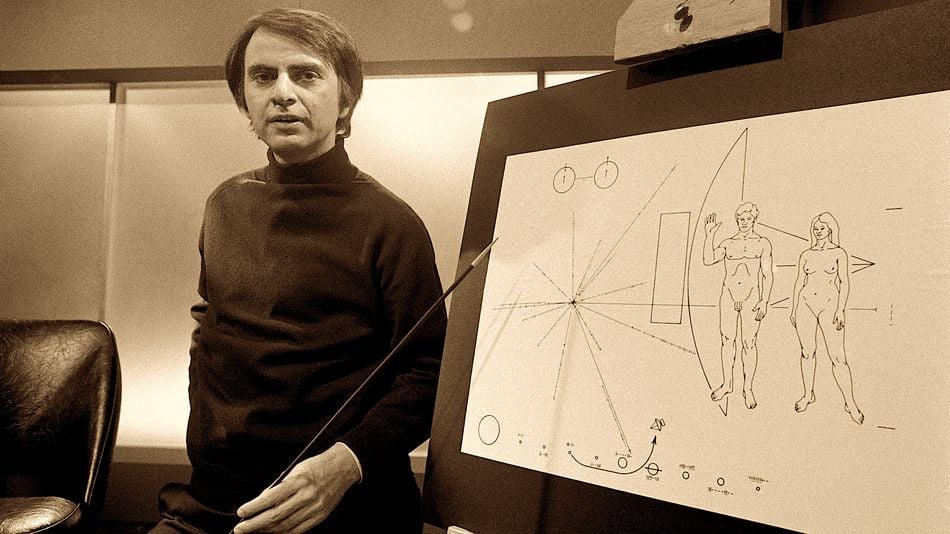 Carl Sagan predicted life on Venus in 1967. We may be close to proving him right. –

Millions of space nerds reacted with joy Monday to a study showing the atmosphere of Venus contains phosphine, a chemical byproduct of biological life. But none would have been more thrilled or less surprised by the discovery than the late, great Carl Sagan — who said this day might come more than 50 years ago.

Now best remembered as the presenter of the most-viewed-ever PBS series Cosmos, the author of the book behind the movie Contact, and the guy who put gold disks of Earth music on NASA’s Voyager missions, Sagan actually got his start studying our closest two planets. He became an astronomer after being inspired as a kid by Edgar Rice Burroughs’ space fantasies, set on Mars and Venus.

But as Cosmos fans know, Sagan’s starry-eyed sci-fi hopes never beat his hard-edged science. He shot down one early “proof” of life on Mars. He predicted the surface of Venus would be insanely hot even before NASA’s first Venus probe in 1962, which he worked on, confirmed it. And he was the first scientist to see Venus’ hellscape as the result of a runaway greenhouse effect — one he knew could point the way to Earth’s climate-changed future.

So it was all the more surprising when Sagan co-authored a paper proposing we might still one day find microbial life above our sister planet. “If small amounts of minerals are stirred up to the clouds from the surface, it is by no means difficult to imagine an indigenous biology in the clouds of Venus,” he wrote in Nature in 1967 — two years before NASA landed on the moon. “While the surface conditions of Venus make the hypothesis of life there implausible, the clouds of Venus are a different story altogether.”

As Sagan pointed out, a high carbon-dioxide atmosphere was no obstacle. Up at the 50km (31-mile) layer, at the top of Venus’ clouds, conditions are actually hospitable and almost Earth-like. Organisms could thrive in the upper reaches the same way bacteria thrives around superheated, CO2-rich vents at Yellowstone. Add sunlight and water vapor to CO2, he said, and you have the recipe for that building block of life, photosynthesis.

“Sagan’s work on Venus was formative, though few today remember his impact,” says Darby Dyar, the chair of NASA’s Venus Exploration Advisory Group. “His idea was prescient, and still makes sense today: between the hellish surface conditions on present-day Venus and the near-vacuum of outer space must be a temperate region where life could live on.”

Just 11 years after Sagan made his prediction, another Venus probe discovered methane in the atmosphere — which could be considered a predictor of the presence of organic material. Scientists like Sagan were cautious about the discovery; no one could prove methane meant life beyond a reasonable doubt. (We also found it on Mars in 2018, and have yet to explain that). Still, no one ever gave a reasonable alternative for why the methane might be hanging around on Venus.

Sagan died in 1996, in the midst of a criminally long dry spell for NASA Venus exploration. But his idea lived on. In 2013, we discovered vast amounts of microbes alive in the clouds above Earth. More than 300 varieties, to the surprise of the scientists collecting them — microbes are actually less dense at lower altitudes. In 2016, NASA models showed that Venus once had oceans, for at least 2 billion years. That backed up a theory by planetary expert David Grinspoon, who suggests microbial life migrated to the clouds when conditions got too tough for life on the surface a billion years ago.

Call them the original climate refugees.

The science didn’t stop, even when we only used Earth-based telescopes to do it. We’ve found evidence for active volcanos on the surface, which would “stir up minerals” into the atmosphere just like Sagan suggested. In 2018, another study of the Venus atmosphere turned up mysterious “dark patches” that scientists speculated could be evidence of microbial life — vast quantities of it. How much? We’d need more study to find out. “I came to that paper out of frustration,” co-author Sanjay Limaye told me last year. “We haven’t been looking for organisms [on Venus]. Why not?”

Why not indeed. As I wrote earlier this year, Venus was unfairly shunted aside for Mars in NASA’s budgetary priorities. Even though Venus is closer and more Earth-like, Mars had a surface we could stand on, which was an easier sell to our 20th century “space colonization” mindset.

Quietly, inside and outside NASA, a “Venus community” grew that wanted to explore its clouds and started begging for scraps of budget. Its most exciting moment until now came in 2015, when NASA unveiled a concept mission called HAVOC — a Zeppelin, basically, that you didn’t need to fill with helium or hydrogen. Just regular old Earth air would float atop Venus’ dense atmosphere. Tear the balloon’s fabric, and the high pressure could actually keep the air from escaping for weeks.

As you might expect, the Venus community was abuzz with excitement over the phosphine discovery Monday. Not least because the NASA administrator had just tweeted the magic words: time to prioritize Venus.

There is, of course, caution in spades. Phosphine is also found in the vast, churning gas giants of Jupiter and Saturn. But to explain why it would be present on a rocky planet as small as Venus if it isn’t because of life, scientists say, you’d have to propose some geological process we don’t yet know about.

“The exciting discovery of phosphine in the Venus atmosphere just reinforces the growing body of evidence that Venus is a likely, perhaps the most likely, other place in our solar system where life might now or in the past have existed,” says NASA’s Dyar. “Venus holds the keys to our understanding of the evolution of rocky planets as homes for life.

“This finding may be the first of many to come as NASA and other countries renew a Venus exploration program.”

Currently the ESA, the Russian space agency and NASA all have Venus probe plans in the works that could arrive this decade; the phosphine announcement could well move launch dates up. If and when the next probes find more evidence of life above the solar system’s most mysterious planet, we’ll be one step closer to confirming Carl Sagan’s legacy as a visionary Venutian genius.